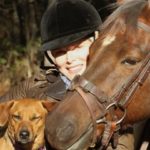 Joanna Dunn Samson has served on the Board of Trustees of the Aiken Land Conservancy since 2011. She was named President in 2017, and was the Chairman of the Accreditation Committee and a member of the Stewardship Committee. A retired attorney, project consultant and environmental agency administrator who worked in Pennsylvania, New Jersey and Connecticut for 25 years, Joanna specialized in the procurement and development of large infra-structure projects such as waste-to-energy facilities, landfills, recycling systems, co-generation facilities, water systems, sewer systems and other public/private partnerships.

From 2003-2006, Joanna served as the Deputy Commissioner of the Department of Environmental Protection in New Jersey, which has jurisdiction over Parks and Forestry, Fish and Wildlife, Green Acres, Waste Regulation, Hazardous Waste Cleanup and Mitigation, Brownfields Development, Air Quality, Land Use Regulation and Enforcement. 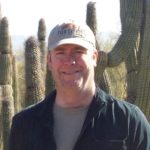 Steen Smith, a professional engineer and geologist, joined the Aiken Land Conservancy Board of Trustees in 2012.  He is a project manager by trade and a conservationist by avocation.  His 25+ years of professional experience covers a wide range of scientific, engineering and environmental disciplines, and includes significant experience in managing all facets of complex projects, including financial, technical and regulatory aspects.  Steen also has a long history of experience in land conservation matters and Aiken community involvement.

In addition to his current employment in the nuclear industry, Steen has served as a company liaison with the Barnwell community to place a conservation easement on, and obtain Heritage Preserve status for, the Craig Pond Carolina Bay.  As part of that experience, he negotiated with state authorities, arranged selective timber thinning projects and organized prescribed burns.  His current interests are in the use of new media to communicate the conservation message 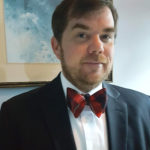 Jim Cunningham grew up in Aiken and has “always enjoyed the natural resources of our incredible area”.   Jim spent many hours as a child exploring Hitchcock Woods.  Jim earned an undergraduate degree from Clemson University in Biosystems Engineering with an Emphasis on Natural Resources and the Environment.  He then moved to Charleston, SC where he earned a law degree from Charleston School of Law.  Jim and his wife Cora moved back to Aiken in the spring of 2015, and Jim currently practices law.

Jim’s past experience as an environmental engineer and land surveyor are particularly relevant to ALC, as is his legal expertise.  Jim was a member of ALC’s Advisory Council before being nominated to the Board of Trustees, and was subsequently elected to serve as ALC’s Treasurer. 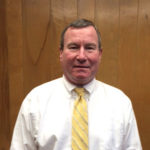 ALC welcomed Frampton W. Toole, III to the Board of Trustees in 2014.  Frampton holds B.A. (history) and J.D. degrees from the University of South Carolina.  He has been an attorney in private practice with Toole & Toole for 35 years, specializing in real estate, probate and commercial law.  Frampton retired from the United States Army Reserve after more than 27 years with a JAG-Rank of Lieutenant Colonel.  Mr. Toole also serves as a member of the University of South Carolina-Aiken Partnership Board.

Wilkins Byrd was nominated to the Aiken Land Conservancy Board of Trustees in 2008 and served as vice president for several years.  He is a native of South Carolina who came to Aiken in 1978.  Wilkins is a retired attorney, who also currently serves on the Board of Conservation Voters of South Carolina.  He previously has served on the Boards of The Nature Conservancy of South Carolina, Historic Aiken Foundation and the Friends of Hopelands and Rye Patch. 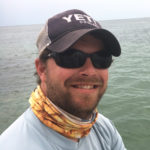 Thomas Coleman joined the Aiken Land Conservancy Board of Trustees in 2014 (after serving for several years on the Advisory Board) and has served as the Chairman of the Stewardship Committee.  Thomas attended Appalachian State University, where he received a degree in Outdoor Education. He has completed Master Tree Farmer and Master Wildlife courses with Clemson Extension. He is a member of the Longleaf Alliance and has participated in workshops with Clemson Extension on Native Warm Season Grasses, Longleaf Restoration, and Prescribed Fire. He is in the process of obtaining his certification as a SC Prescribed Fire Manager.  Thomas has also served on various committees of Ducks Unlimited, Inc. for the past 5 years.

Thomas has been the Program Director at Camp Gravatt, an Episcopal conference center and youth camp, since 2005, where his responsibilities include supervising environmental education programs, forest and resource management, and agricultural programs. 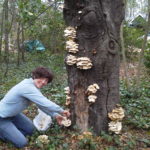 After serving several years on the ALC Advisory Council, Lisa Darden was nominated to the Board of Trustees at the end of 2015.  Lisa is a commercial pilot and avid horsewoman.  She received a B.S. from the University of Kentucky in Animal Science.  She was a founding board member of North Country Animal League, an animal rescue and adoption organization in Morrisville, Vermont, and served as their volunteer Operations Manager from 2000-2003.  Lisa also has an interest in land preservation and clean, environmentally safe energy. 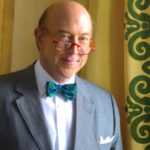 Kirk Henckels graduated from Stanford University, where he studied Architecture History and from Harvard Business School. After many years serving as senior officer and President of the prestigious Edward Lee Cave, Inc., an architectural firm specializing in Manhattan’s Pre-war Cooperatives and town houses, Kirk founded the Private Brokerage department of Stribling & Associates, where he is currently serving as the Vice Chairman.

Kirk’s charitable activities have included 37 years as a member of Sloan Kettering’s Special Projects Committee, as well as serving on the Boards of the Institute of Classical Architecture and Art and the Restoration of St. Bartholomew Church. He is currently on the Development Committee of Silver Hills Hospital in New Canaan, Connecticut. 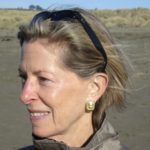 Nancy H. Henze joined the Board of Trustees of the Aiken Land Conservancy in 2012.   She is retired from a twenty-year career as a pubic finance investment banker on Wall Street and subsequent service in the public sector where she served as Executive Director of the Municipal Finance Corporation for the City of New York and of the New York State Commission on Public Authority Reform.  Nancy continues to act as an advisor to the NYS Task Force on Public Authority Reform and also serves as a board member of the Provident Resources Group, a national, multi-mission non-profit corporation.

Nancy divides her time between Aiken, SC and Pine Plains, NY where she has been active with the Dutchess County Land Conservancy.  She is a graduate of the New York University Stern School of Business (MBA in finance) and Vassar College. 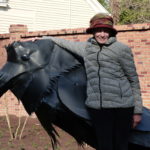 Holly Houghton joined the Board of Trustees of the Aiken Land Conservancy in 2009 and currently serves as Chairman of the Board Development Committee.  Holly received her BA from Smith College and studied Landscape Archeology at Oxford University. She has also served on the Board of Directors of the Wye Institute, the Hitchcock Woods Foundation, the Coastal Conservation League and the Market Street Trust Company. Prior to relocating to Aiken in 1968, Holly taught at the prestigious Brearley School for girls in New York City. 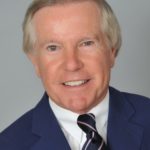 Rob Johnston grew up in Aiken and lived here until attending the University of South Carolina, where he earned B.A. and M.B.A. degrees.  Upon graduation, Rob served three years in the U.S. Air Force with the rank of Captain and moved to Atlanta in 1973.  After five years in the banking industry, Rob started his own real estate company specializing in apartment acquisitions and management.  Today that company, First Communities, is one of the largest privately held apartment companies in the country.

Rob and his wife Pam moved back to Aiken in 2006 and are “enthusiastically interested in protecting and preserving the unique and beautiful landscaping, trees and parkways in this incredible community”.   Rob additionally serves as a Trustee of the Whitney Trust.

Rob and Pam have been instrumental in ALC’s current tree initiative, and their help on this project has been invaluable.

Lydia Rose joined the Board of Trustees of the Aiken Land Conservancy in 2011 and has served as Treasurer.  Until she retired in 2014, Lydia was the owner/operator of Aiken Saddlery & Supply, Inc. – a business she founded in 1979.  She was responsible for managing staff and developing and implementing financial plans to accommodate current operating needs and long-term growth.  Lydia also serves on the Board of Directors of the Greater Aiken Integrated Trails (GAIT) Foundation and Great Oak Aiken Therapeutic Riding Center.