The Origin of Aiken Streetscapes 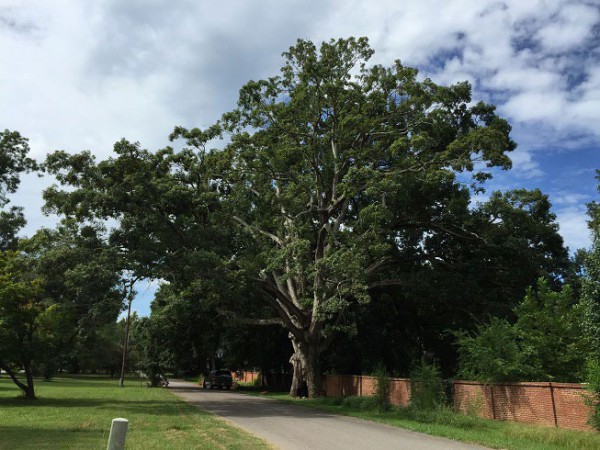 “For over 125 Years Aiken has been renowned for its dedication and preservation of our glorious parks, magnificent trees and beautiful parkways. It is our responsibility to protect and preserve, for future generations, what has been given to us.” Mission Statement, Aiken Streetscapes

Rob Johnston remembers riding his bike to school at St. Mary’s, shaded by the majestic live oak trees along South Boundary Avenue. Like many of Aiken’s sons, life led him away from his hometown for a while, but he never forgot the feeling of “just looking at all the wonderful trees and knowing that they were something special.” He also recalls, when he moved back to Aiken in 2006, “noticing that the grand trees from the 1950s and 1960s were dying because of old age or disease,” and knowing that something had to be done.

The fate of Aiken’s famed Maid Marion, a 300-year old white oak once hailed as the largest in the state, was a watershed moment for present-day conservation efforts. Standing over 100 feet tall, with a 150-foot wide canopy, the grand dame tree was much beloved by generations of Aikenites. Quietly, however, concern had been mounting among some observers and advocates. A cavity in her trunk, bricked up decades ago under the conventional wisdom at the time, was weakening the tree’s structural stability, and the ice storm of 2014 only hastened her decline.“We knew that she needed some attention, but at the time we didn’t have a mechanism to assess that or to know what to do to save her,” explained then-City Councilman Phil Merry. A group of citizens rallied against a plan to cut down the tree, but their flurry of fundraising proved too little, too late. Before a decision could be reached about how to save Maid Marion, she was brought down by a windstorm.

As Johnston put it, “a crisis was happening and there wasn’t a protocol to say what to do… It bothered me that there wasn’t a protocol for a national treasure like that.” There’s no replacing a legend, but the issue of continuity in South Boundary’s iconic canopy weighed on his mind as similar fates befell many of its grand old trees, and cheap saplings were planted in their place. “They were planting these little toothpick trees instead of putting in adequate replacements. After 50 years of that, I was worried that we wouldn’t have the kind of city that we have today. The magic would be gone.”

The grand trees Johnston remembers from his boyhood have their roots in a visionary public-private initiative led by another devoted son of Aiken, Mr. Henry Dibble, around the turn of the century. A prominent local businessman and philanthropist, Mr. Dibble was also accustomed to riding down South Boundary Avenue on his way downtown to work from his home in Montmorenci. Wanting not only to beautify the way into Aiken, but also to pay forward his love of the town for future generations, Mr. Dibble approached Mayor Julian Salley with a plan: he would make a large donation toward the planting of live oaks along South Boundary, if the city would provide matching funds. Over a century later, that seed money has flourished into one of Aiken’s greatest treasures.

In this spirit, two years after Maid Marion’s fall, Mr. Johnston joined Mayor Rick Osbon at a press conference to announce a new public-private initiative to ensure the long-term health and prosperity of Aiken’s “gentle giants,” the grand old trees that put the magic in our streets. With the aid of the Aiken Land Conservancy, of which he is a trustee, Johnston and his wife Pam arranged to fund a comprehensive study by the Bartlett Tree Experts company, which generated a detailed overview, valuation, and management plan for every last tree on city-owned properties. Bartlett’s survey estimated the asset value of Aiken’s trees at over $130 million—a resounding testament to the foresight of previous generations, and a truly special bequest for the future. 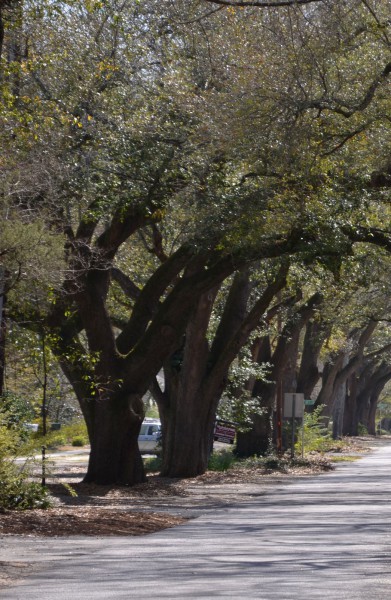 The Johnstons want to see the entire city benefit from this management plan. “One thing that I would like to emphasize is that a tree doesn’t know what a ZIP Code is,” Rob said. “I want this to be done everywhere in the city, not just in selected areas.” Aiken Streetscapes is looking forward to working with Stuart Bedenbaugh, our City Manager, and Aaron Campbell, City Horticulturist, both of whom have been supportive friends of this initiative from its inception.

In order to enact the Bartlett Urban Forest Management Plan, Mr. and Mrs. Johnston have established Aiken Streetscapes, which, in partnership with the Aiken Land Conservancy, has offered a two million-dollar donation to be matched by the City of Aiken over a ten-year period. A four million-dollar joint commitment will go a long way toward addressing the challenges of maintaining our urban forest, ensuring the ongoing health and longevity of Aiken’s greatest asset over the next one hundred years, and, hopefully, attracting others to get involved. This initiative has already yielded lasting success by completing the first phase of an underground powerline project with Dominion Power, forever removing the need for damaging and unsightly cuts to the live oaks on South Boundary.