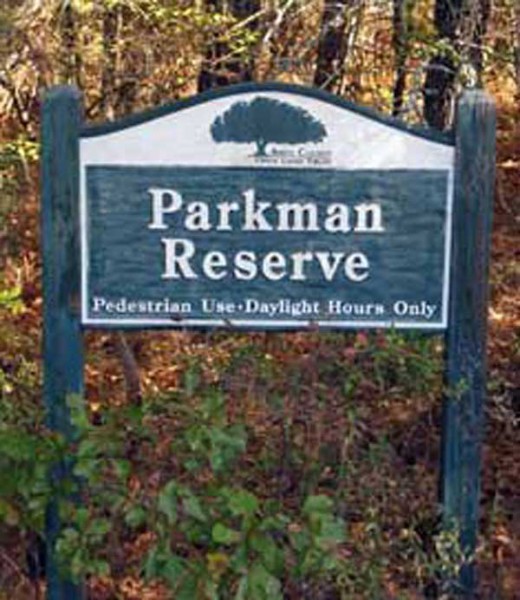 In 1991, ACOLT received its first land donation, from Mr. J.P. Parkman. That first donation, in the Creekside development, consisted of two parcels, one of 12 acres, one of just over 27 acres, for a 40 acre total. Mr. J.P. had hunted the land years ago, and liked it so much that he bought it. He had two incentives for donating the land. First, much of it was either wet or steep, and thus difficult and expensive to develop. Then, he said firmly that he was never going to pay the IRS as much tax as he had the year before; the donation would help to reduce what he sent to the government. The tax deduction was a large incentive in this case.

Who won? Everyone. Mr. J.P. got his tax deduction. And the Land Trust got two truly wonderful pieces of land. The 12-acre parcel stars wild azaleas and kalmia under the tall pines and hardwoods. The 28-acre parcel offers many interesting wild flowers, including a couple of wild orchid species, and, like the first piece, is well worth a visit in the spring, or any sunny afternoon. Fall color can be spectacular, too.

This was only the first of several donations by Mr. J.P. The following year Mr. J.P. donated six lots along the border of the 12-acre parcel, giving the Land Trust dedicated access. In 1993, another three lots adjacent to the 12-acre parcel were donated. These 9 lots ensured that the stream and wetland below would be permanently protected from runoff and siltation.

In 1994, Mr. J.P. made a last gift to the Land Trust before his death. This 27 acres joined the original 28 acre gift, running from the big hardwoods on the southwest border of the original reserve to the center of Town Creek. It rolls across gently hilly land to a large beaver pond that controls the wetland below. It is more open than the original tract, holds differing plants and birds, and has been an excellent example of succession as it grows up to climax vegetation.

Mr. J.P. was a character who told wonderful tales of growing up in Edgefield County, hunting the fields, watching the trains go by, of his determination to be more than a farmer (which he certainly became), and of his wife, “the Queen Bee.” When told by a board member that he was a “charmin’ man”, he replied “You OK, too, for a Yankee!” Quite a man, and the Land Trust is grateful to this day for his foresight and generosity. 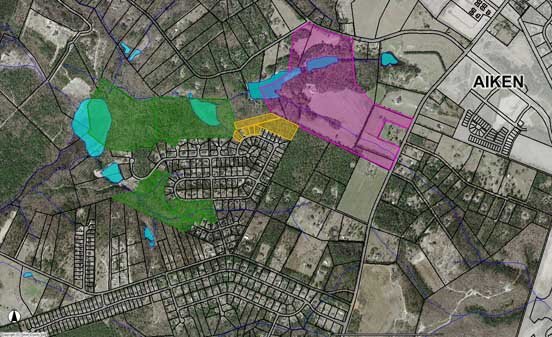